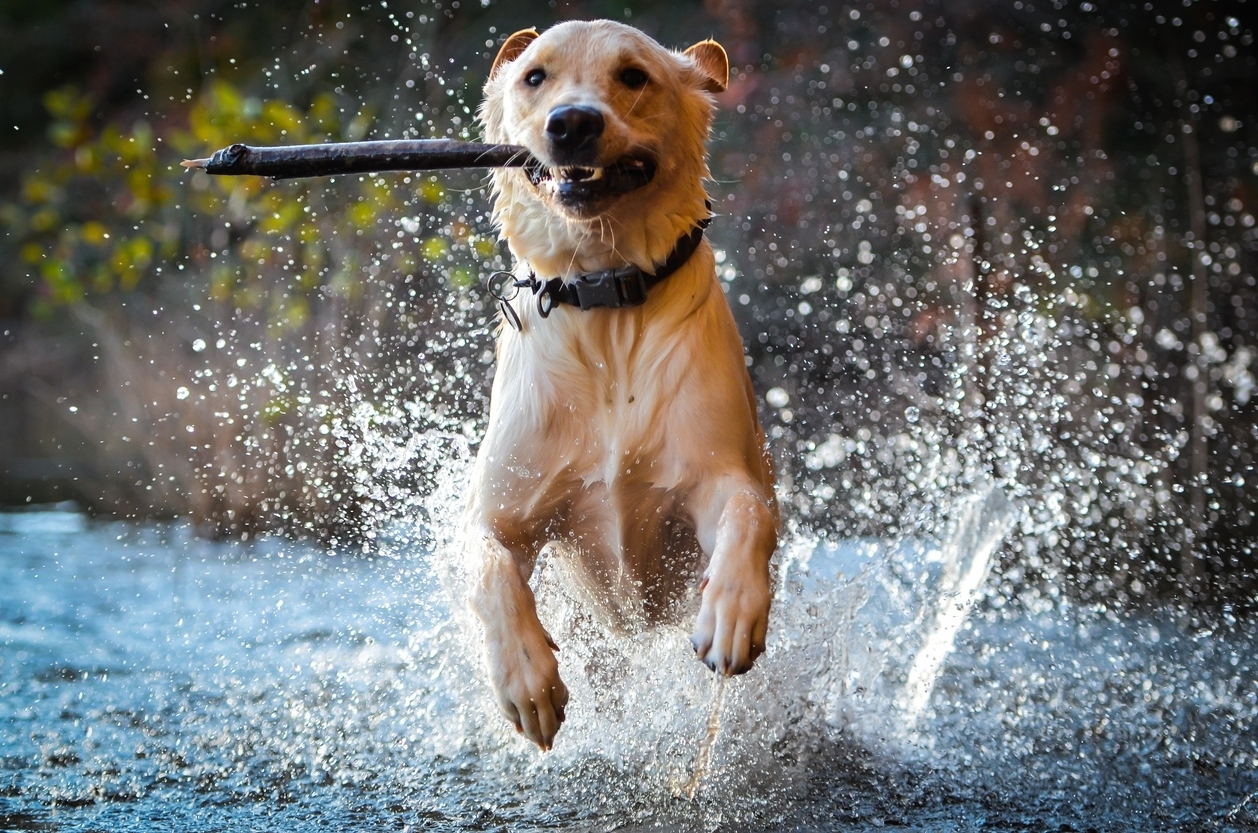 Posted at 22:04h in Pet Health by Julie Meisler 0 Comments

Toxic blue-green algae is responsible for the deaths of a number of dogs this summer. Though many dogs enjoy nothing more than frolicking in the water during the warms months of summer, this seemingly harmless activity has proven to be very dangerous. Toxins from blue-green algae, or cyanobacteria, are the culprit. While bacteria from these toxins are harmful to both humans and animals, animals are particularly vulnerable because they ingest potentially poisonous water. These toxins can create health issues for animals including everything from skin rashes to neurological problems. Algae blooms can release toxins that cause liver damage, respiratory paralysis and death. 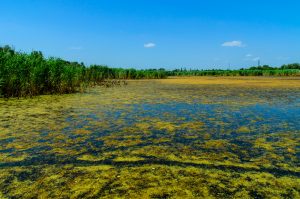 Austin, Texas was the first state to report the death of a dog after a swim in a lake with blue-green algae blooms on August 3, 2019. Oliver, a two year old Golden Retriever, jumped off a kayak into Lady Bird Lake in Austin. According to his owner, Oliver collapsed after getting out of the water. He died at the veterinarian’s office within one hour of leaving the water. Testing by the city of Austin confirmed a neurotoxin from algae had been found in the lake.

Melissa Martin took her three dogs for a play date to a pond in Wilmington, North Carolina on August 8, 2019. Harpo, a Doodle mix, jumped into the water while Abby and Izzy, West Highland terriers, played near the water’s edge. Soon after arriving home, Abby had a seizure. She was rushed to the emergency veterinary hospital. After learning all three dogs played in the pond, the veterinarian insisted the other dogs be brought in too. Sadly, by the end of the day, all three dogs died due to poison from the algae. According to Martin, “The water was crystal clear. A lot of the things you read say cyanobacteria or blue-green algae has an appearance or odor and it had neither.”

Another dog, Arya, a Border Collie died after playing in Lake Allatoona near Atlanta, Georgia on August 10. Arya became ill and died most likely due to an algal toxin according to a veterinarian.

Blue-green algae or cyanobacteria produce toxins harmful to both humans and animals. However, dogs are more susceptible because they ingest the poison either from swallowing water while in the water or licking their fur afterwards. For more information on the signs of blue-green algae toxicity, click here. 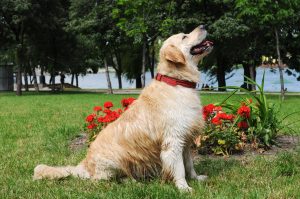 All 50 states have documented cases of blue-green algae. Because it thrives when temperatures are warmer than 75 degrees and higher, it has thrived in the summer heat. The presence of this poisonous bacteria can only be confirmed through testing. Therefore, the only certain method for protecting yourself and your pets is through preventing exposure.

Although pets infected by this bacteria can be difficult to save, early intervention is vital. If treated early, a veterinarian may be able to evacuate the digestive tract to prevent absorption and a fatality. However, the best way to prevent exposure to this harmful bacteria is by not taking your pet to lakes, rivers or ponds to play. It is not worth taking the chance of exposing your pet to potentially poisonous water. The water may look crystal clear and inviting however, it could cause irreparable harm to your beloved pet.