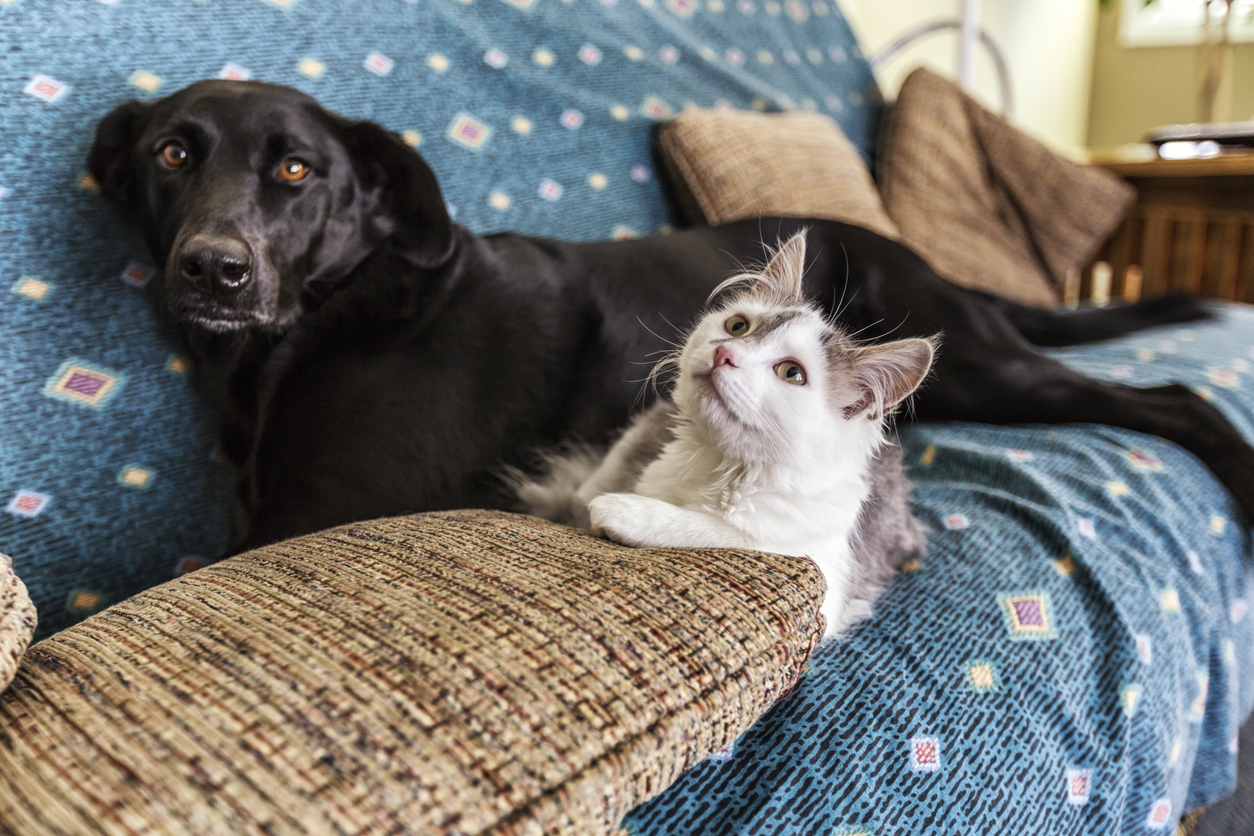 Common myths exist about dog and cat behavior. Pet behavior often delights and amuses pet owners. Some pet behavior is perplexing. A number of wives tales exist about how pets should behave. Misinterpreting pet behavior is fairly common. How do we determine what is true and false? A veterinarian is taught to critically evaluate information. Evidence-based medicine is applied to diagnose and treat a pet’s physical ailments. Pet behavior can be critically evaluated as well. We can then be apply evidence-based information to pet behavior and training. Over the next few weeks, we will discuss three of the most common misconceptions regarding dog and cat behavior.

Myth Number One: Humans should be dominant in pet-human relationships.

Many of us hear this. It is commonly believed that allowing a dog to sleep in an owner’s bed or lay on a couch signals to them they are dominant. Another common belief is alpha rolling a dog tells them who is boss. Should pet owners behave dominantly over their dog to encourage behavior and understanding about who in the relationship is the alpha? 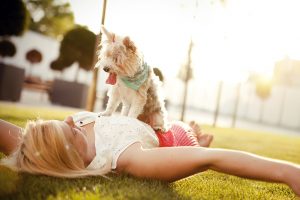 Dominance hierarchies are only created by dogs with other dogs. They do not do so with other species. A dominance hierarchy is created among dogs because one of the dogs is more deferential and less assertive. Take for example when two household dogs are given a rawhide. Each retreats to their own space to enjoy their treat. The first dog to finish approaches the second dog and takes their rawhide. The first dog is signaling to the second dog through her body posture she cares more about the rawhide. The second dog decides he is okay with this arrangement. He allows the first dog to have it. No altercation is necessary because both have agreed to a hierarchy arrangement.

Consider the next day, both dogs are playing fetch. This time the second dog makes it clear he really wants the ball. Through his body language, he has signaled his intentions. The first dog decides she is okay with this arrangement. This is called dominance-submission and is agreed to by both parties. Positions change depending on the circumstances and each dog’s desires.

Dogs naturally defer to their pet owner. Consider the command, “Sit.” If your dog understands what you are asking and the outcome is desirable for her, she complies.

Structure, predictability and reinforcing desirable behavior are vital when establishing an environment for your dog to thrive. If your dog doesn’t comply with your request, chances are quite high he simply does not understand what you are asking. A dog’s refusal is not a display of dominance. More likely confusion, distraction, anxiety or lack of proper training are preventing your dog from complying. These are the reasons your dog does not listen or follow instructions and have nothing to do with establishing their dominance.